A Crime Lord Emerges from the Sarlacc Pit 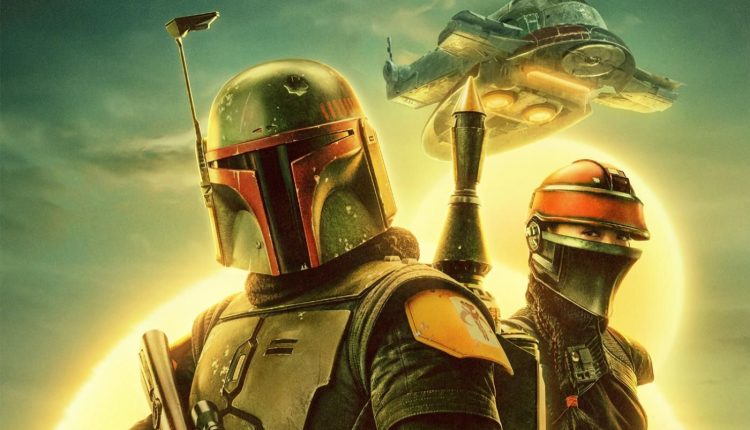 The Book of Boba Fett starts off strong by answering a question that has bedeviled Star Wars fans for years. Chapter One, “Stranger in a Strange Land”, shows through flashbacks how Boba Fett (Temuera Morrison) escaped the Sarlacc Pit on Tatooine. The premiere takes place five years after Return of the Jedi and following the events of The Mandalorian’s second season. Boba Fett and his bad-assed sidekick, the deadly assassin Fennec Shand (Ming-Na Wen), kill Bib Fortuna to claim Jabba the Hutt’s criminal empire. The legendary bounty hunter quickly learns that ruling with “respect” instead of “fear” opens your flank to constant challengers.

“Stranger in a Strange Land” begins with Boba Fett sleeping in a bacta tank. The healing liquid works its magic as he dreams of his youth at the Battle of Geonosis. Then switches to his brutal efforts escaping painful, millennium-long digestion inside the Sarlacc. Needless to say, Boba Fett’s armor comes equipped to deal with any scenario. He breaks free but is severely injured. Boba’s problems continue as he’s found by Tusken Raiders and taken prisoner.

In the present, Boba Fett and Fennec Shand hold court at Jabba’s Palace. Tatooine’s underworld comes to pay their respect to the new “daimyo” with gifts of tribute. Boba differs from the previous crime lords by showing mercy. The throne room’s service droid warns that’s a big mistake. On cue, the Assistant to the Mayor of Mos Espa shows up. Apparently, the mayor is too busy to come in person. Then has the nerve to demand tribute instead of giving it. Fennec wants to kill him on the spot. Boba decides they need to visit Mos Espa to truly make his presence known.

Chapter One delivers joyous fan service. The flashbacks to Boba as a child during the Clone Wars had me tickled. Scenes from Kamino and Geonosis remind us how important his father, Jango Fett, is to Star Wars lore and the character. His trials with the Sarlacc and Tuskens prove his extraordinary ability to survive. We also learn how he lost his treasured Mandalorian armor. The stage is set for Boba and Fennec’s trip to Mos Espa. His lack of pageantry upon entering the city is noticed. Let’s just say the locals don’t welcome the new “daimyo” with open arms.

The Book of Boba Fett has a similar look and feel to The Mandalorian. Showrunners Dave Filoni, Jon Favreau, and Robert Rodriguez keep the action swift, brutal, and chock full of monstrous critters. Boba Fett is formidable, but he’s older and still recovering from his ordeal. He’s tougher than a Bantha’s hide, but not a fighter in the league of Din Djarin aka The Mandalorian. Boba needs Fennec’s help to fully conquer the underworld. He also gets some surprising new henchmen that will further delight fandom.

The Book of Boba Fett has a seven-episode first season. Chapter One sets up the primary story arc. Tatooine’s criminals aren’t giving up their turf without a fight. Boba and Fennec will have to earn and keep their kingpin status. I’m also assuming there will be further flashbacks to Boba’s time with the Tuskens, how he saved Fennec’s life and more appearances from other Star Wars characters. Let’s hope there are a few lightsaber battles along with the blasters. The Book of Boba Fett is a production of Lucasfilm.

“I Always Ended Up Holding Your Coffee”