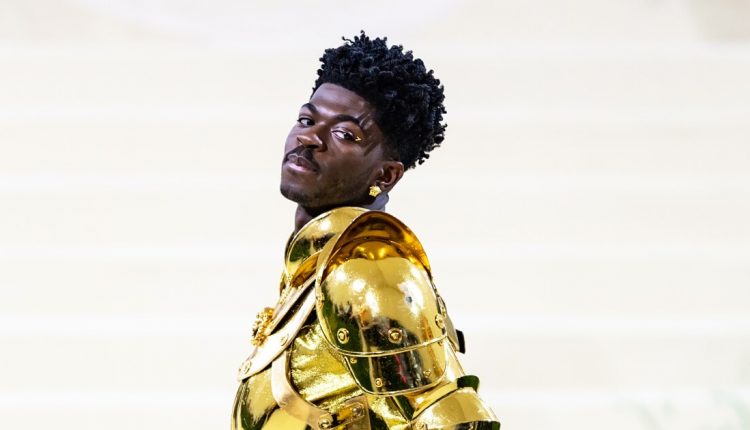 A number of newly minted Grammy nominees took to social media to celebrate their achievements and congratulate their competition. Leading the field is jazz musician Batiste, who is up for 11 awards, including record and album of the year.

“WOW!!” the “Freedom” performer and “Late Show With Stephen Colbert” music director wrote on Instagram. “Thank you God!! I love EVERYBODY! So grateful to my collaborators and to my ancestors.”

Rapper and singer Lil Nas X — who is nominated in five categories, including record, song and album of the year — shared fans’ jubilant Twitter posts and live-tweeted his own reactions to the Recording Academy’s announcement all morning long.

“don’t have to win a single award, truly thankful for all the insight this year has brought me,” the “Industry Baby” hitmaker, known for his witty social media presence, wrote in a rare earnest tweet. “and thankful for the journey. love u guys.”

“THE CALL ME BY YOUR NAME MUSIC VIDEO HAS BEEN NOMINATED FOR A F— GRAMMY LETS GOOOO,” he tweeted.

“2X GRAMMY NOMINATED [I KNOW THAT’S RIGHT]!!!!!” the “Best Friend” hitmaker wrote on Instagram. “I wish I had the words to express how I feel but I’m just so grateful!!!!!!! Being acknowledged for all the hard work me and my team have been doing feels AMAZINNNNNG … thank you #TeamIcy for stickin with me through thick and thin y’all some real ride or dies.”

Another first-time Grammy nominee, Michelle Zauner of indie-rock band Japanese Breakfast, shared on her Instagram Stories a video of herself losing her mind after learning that the group’s “Jubilee” is up for alternative music album. Japanese Breakfast is also nominated for best new artist alongside Saweetie, Arooj Aftab, Jimmie Allen, Baby Keem, Finneas, Glass Animals, the Kid Laroi, Arlo Parks and Olivia Rodrigo.

“Thank you to all the people that helped create these records!!!!!” wrote H.E.R., who is up for album and song of the year. “WOOOOOO 23 [career] nominations at 24.”

Singer and actor Gaga is nominated with frequent collaborator Tony Bennett for six awards, including record and album of the year. The duet partners released their second joint album, “Love for Sale,” in September — less than a year after Bennett’s family announced the legendary crooner had been diagnosed with Alzheimer’s disease.

“I don’t know what to say,” the “House of Gucci” actor tweeted. “I just keep crying and am utterly speechless. This means so much to me, Tony, the Bennetts, my family, jazz music, and the great Cole Porter who wrote all these timeless classics.

“I’ll never forget today and congratulating Tony on his 6 nominations. I’ll never forget that today he could track every word I was saying and understood the world was celebrating him and celebrating jazz — a genre that embodies the joy, abundance and imagination of Black music throughout history.”

The “Chromatica” artist continued to shower Bennett with praise and offer the public a glimpse into their loving relationship.

“At 95 years old, he has more nominations than ever, I’m so honored to be his companion in music and his friend. Thank you to the public for loving us, we surely love each other, and you. Believe in love and partnership, even with 60 years between us, and Alzheimer’s, there is nothing like the magic of music. I love you Tony, and the world loves you too. How could they not?”

The 64th Grammy Awards will take place Jan. 31 at the soon-to-be renamed Staples Center, which will be called Crypto.com Arena by the time the show airs at 5 p.m. Pacific on CBS.

See how other nominees celebrated below.

How ‘Black and Missing’ on HBO could change true-crime TV